Today we will talk about a common problem among our children, which many parents do not pay enough attention to, although it has a big role in many orthodontic problems, and its early treatment can protect our children from a long journey of orthodontic treatment, and save the time and cost as well.

During pregnancy, embryos' ducts and bronchi are initially closed, and at a later time, they open up automatically when birth. Since then, nasal breathing becomes the natural way of breathing.

Note that it has several benefits, the most important of which is: cleaning the air from impurities and dust before entering the lungs (thanks to the hairs in the nose), and warming and humidifying air as well.
However, pulling air through the mouth on a constant basis deprives the body of all these benefits, and might negatively affect the respiratory system and increase infections and allergic diseases.

But wait, what causes the mouth breathing problem?
In fact, there are many reasons, the most important of which can be summarized as:

1- Congenital and acquired high airway obstruction
2- Fractures, bruises, or deviation in the nasal septum (the cartilaginous septum between the nostrils) 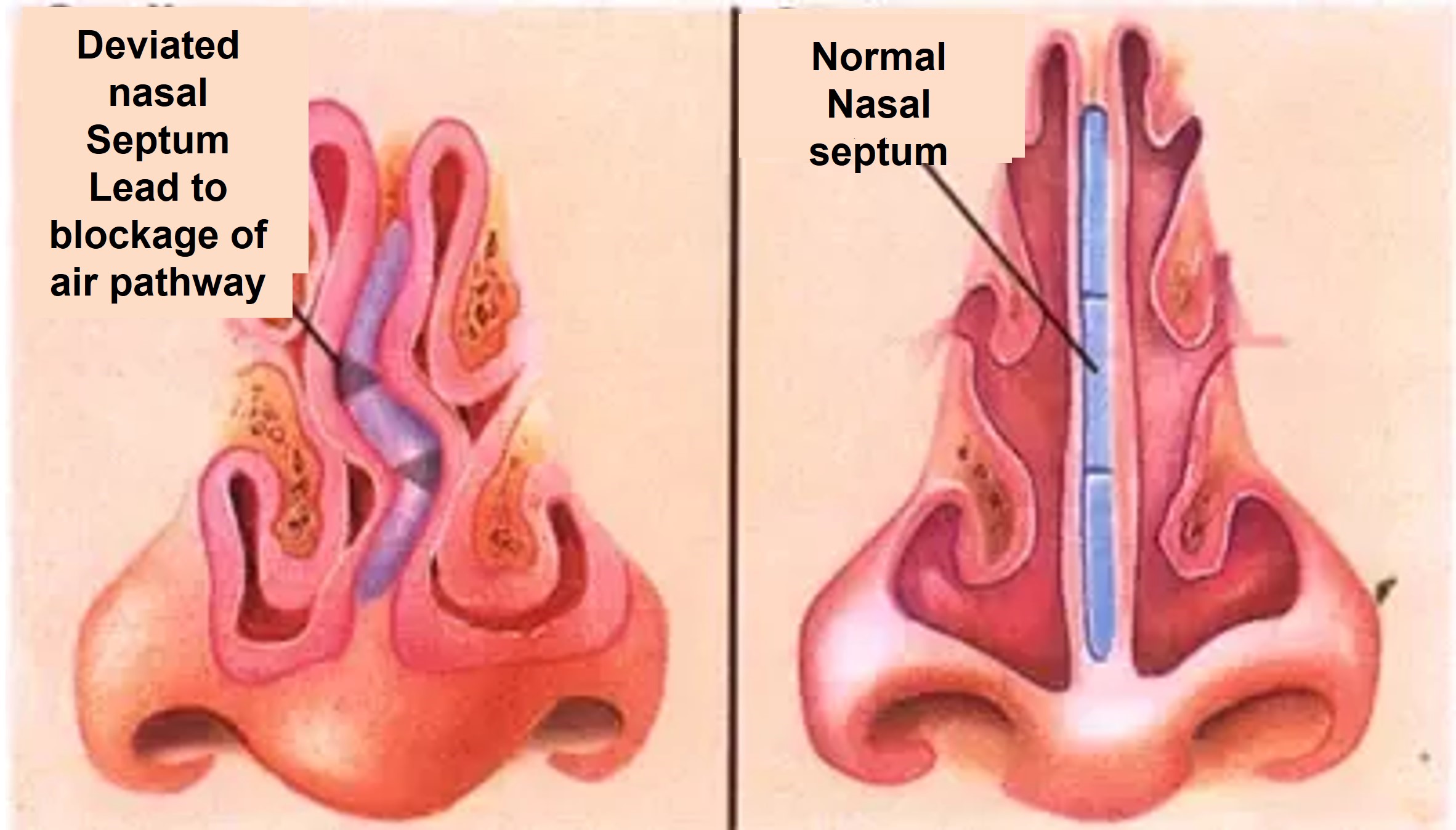 3- Nasal polyps due to infections, or the presence of bony or fibrous tumors in the nasal fossa 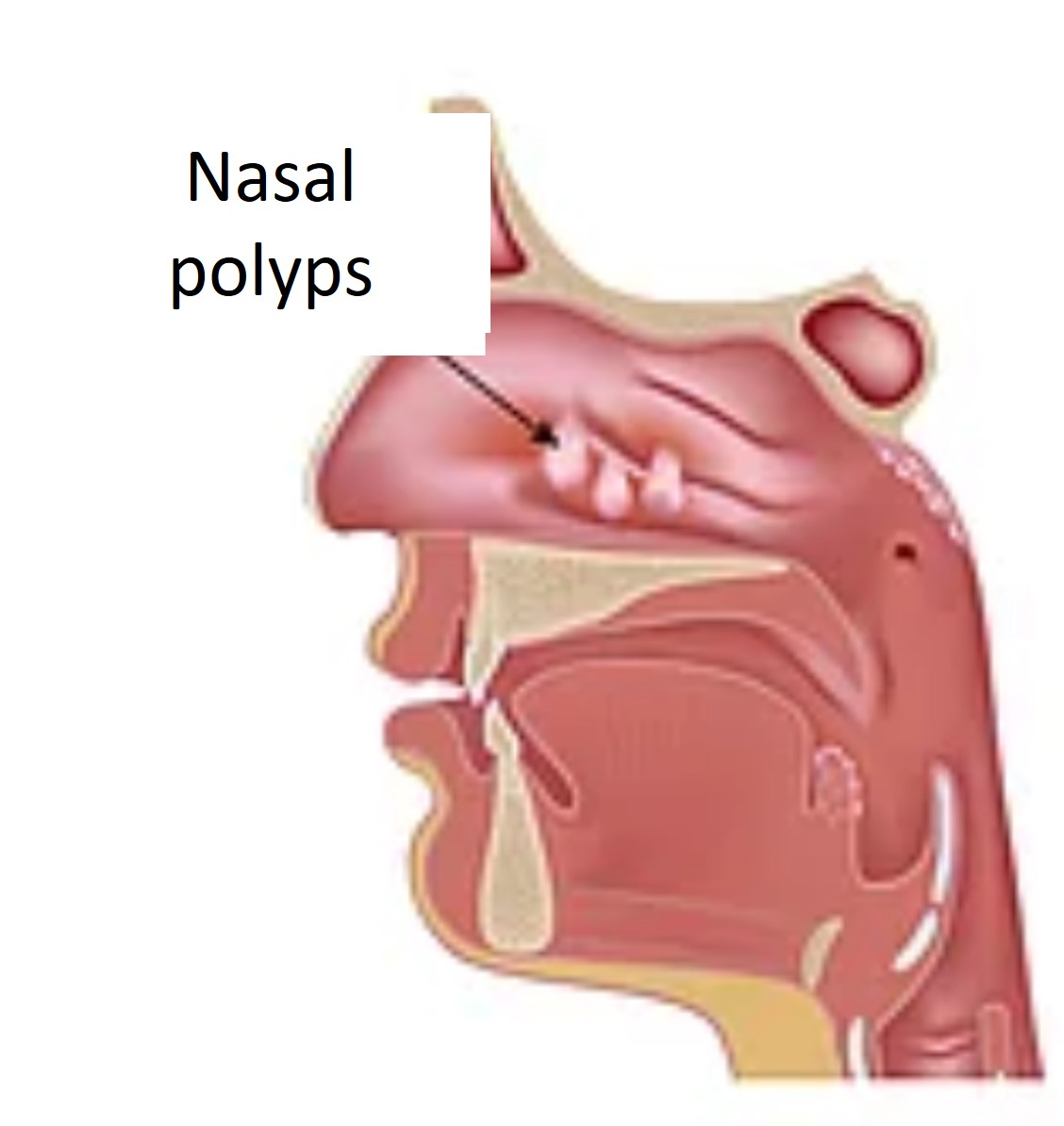 OK, and how can I notice this problem in my child??
In fact, there are many symptoms that can be observed on the children, and might indicate the presence of the mouth breathing problem, the most important of which: 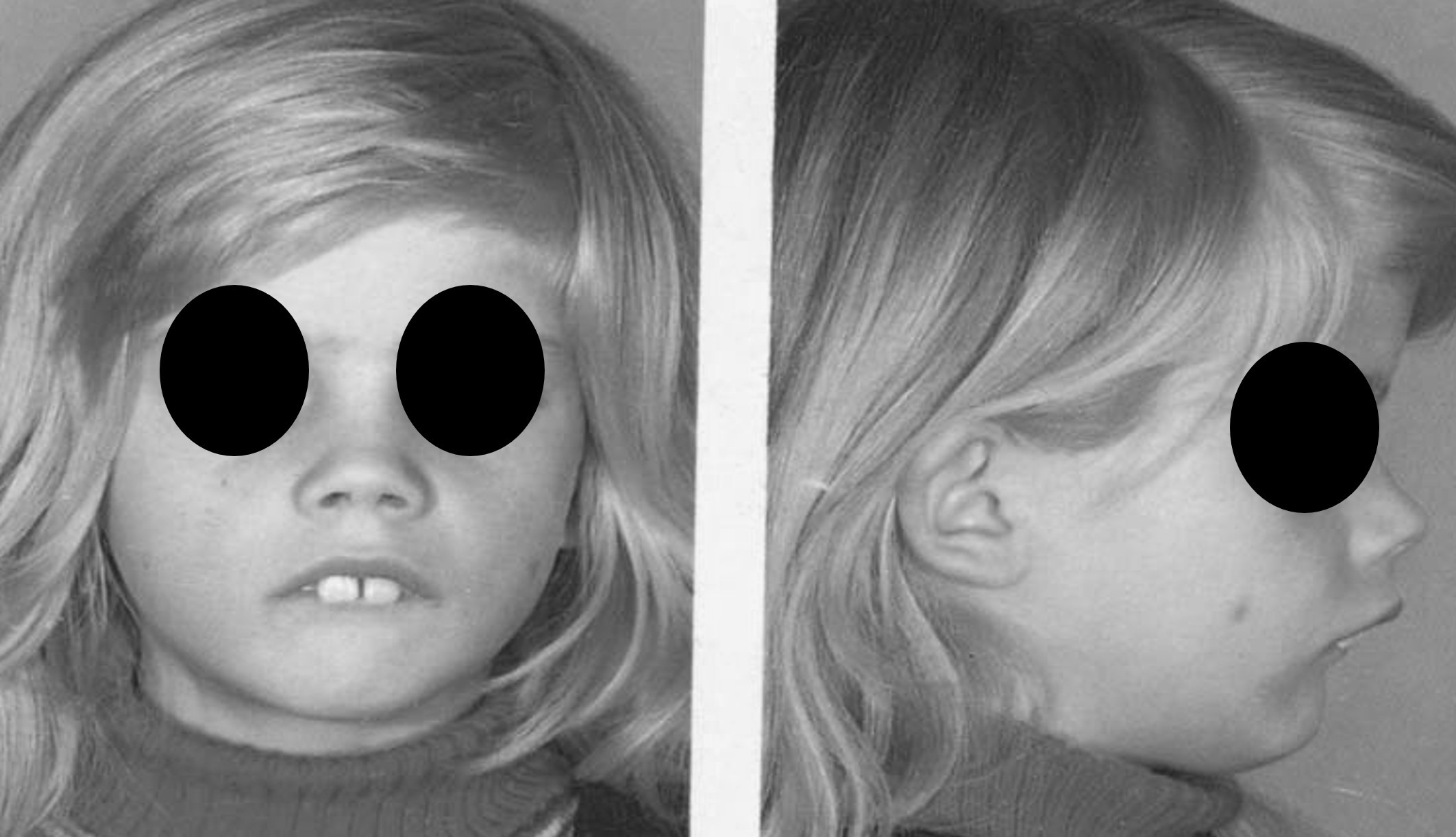 In addition to symptoms that appear on the teeth, where we can note:
Widespread dental caries on most of the child's teeth
Periodontitis
Gingival hyperplasia
All of the mentioned can occur because of the continuous opening of the mouth during mouth breathing.

Not only that, but nasal breathing is also crucial for ensuring the proper development of the upper jaw bone, (especially the part that holds the upper teeth) through:

1- Maintaining the balance between the outside pressure on lips and cheeks, and the inside pressure on the tongue muscle. through closing the mouth and placing the tongue at the front of the throat's roof.
2- Activating the growth of the maxillary sinuses and thus stimulating the natural growth of the upper jaw.
3- Controlling the jaws' growth in the vertical direction, as nasal breathing maintains a balance between the lower jaw's lifting muscles, and depressing muscles, resulting in the normal development of the lower jaw

In addition, nasal breathing plays an important role in determining the position of the head, tongue, and jaws. And all these factors directly affect the modality and direction of the jaws’ growth and development.

On the other hand, mouth breathing leads to many orthodontic problems at the level of teeth and jaws, the most important of which are:

1- The upper front teeth protrusion and open frontal bite.
We can attribute this to the imbalance between the muscles inside the mouth (tongue) and outside the mouth (lips and cheeks). Since the continuous mouth opening for breathing might cause:
• Weakness and incompetence in the lip muscles because they do not close together for long periods
• The tongue lays lower than its normal position in the roof of the throat
This muscle imbalance puts pressure on the cheeks on either side of the dental arch, and thus causes the upper front teeth protrusion. 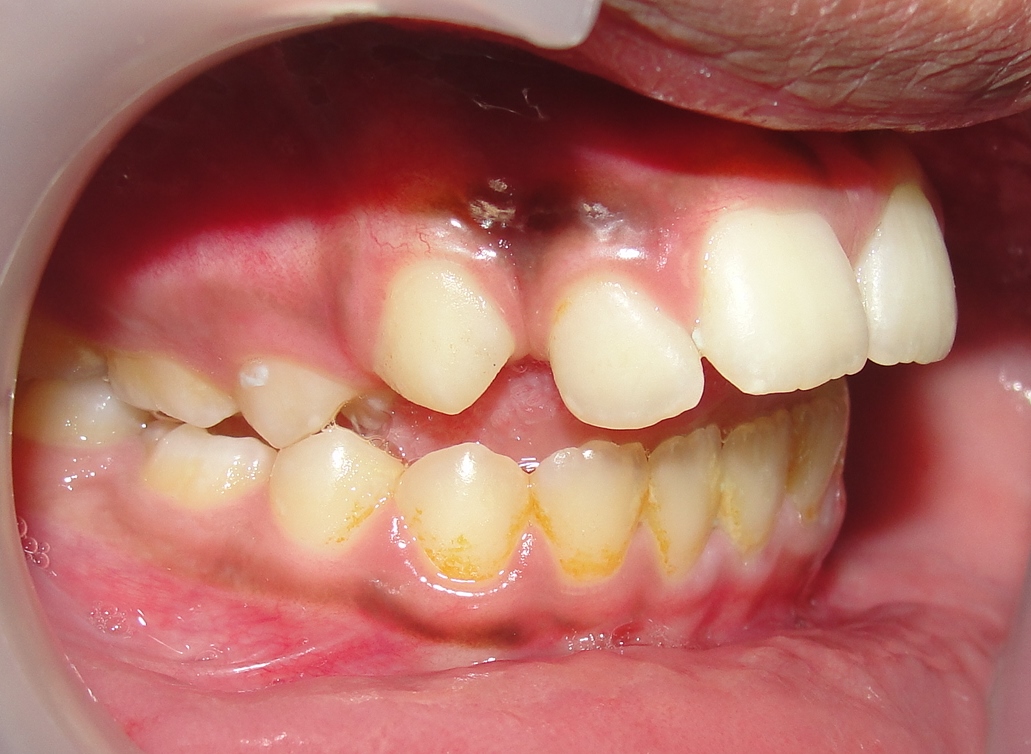 2- Numerous studies have linked the complete nasal obstruction with the backward tilting of the head.

The head's backward tilting leads to the upwards rising of the upper jaw, and the lower jaw's rotation back and down.

Under the influence of the lower jaw muscles, this leads to one or both of the following:
A relative increase in the teeth protrusion due to the lower jaw's backwards retraction.
An anterior open bite 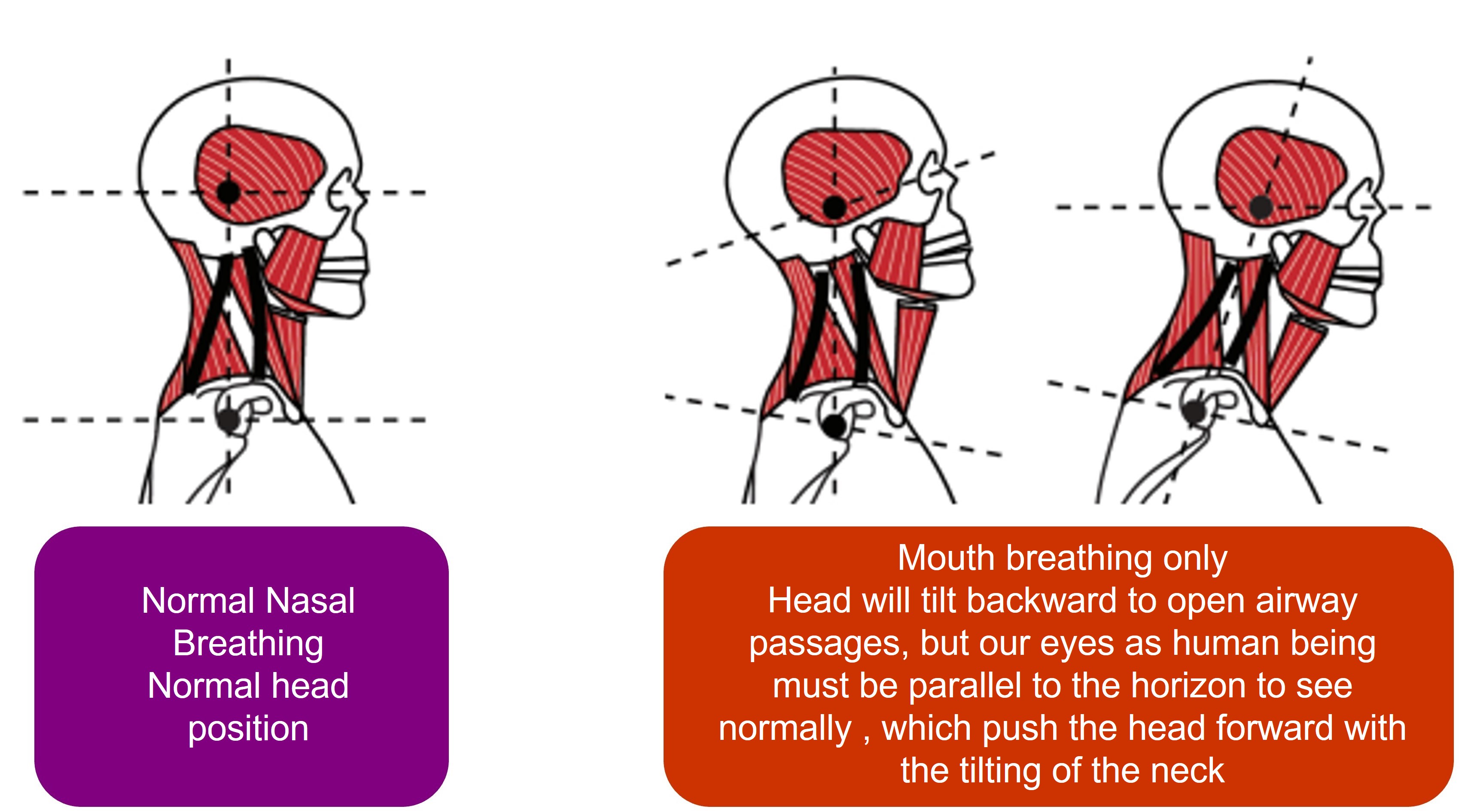 3- If the patient gets used to the backward tilting in his head, this will lead -in cooperation with the continuous opening of the mouth- to an extra downward eruption in the back teeth, and this in turn leads to a backward rotation in the lower jaw, and the result is an increase in the length of the face.

4- As we mentioned earlier, mouth breathing leads to an imbalance in the muscles, and this leads to an increase in the pressure applied from the cheeks on the back teeth, this in turn causes a narrowing in the upper jaw's back area, and back crossbites may arise.
As a result, the lower jaw will be trapped and retarded from developing forward, and this may lead to one or both of the following: 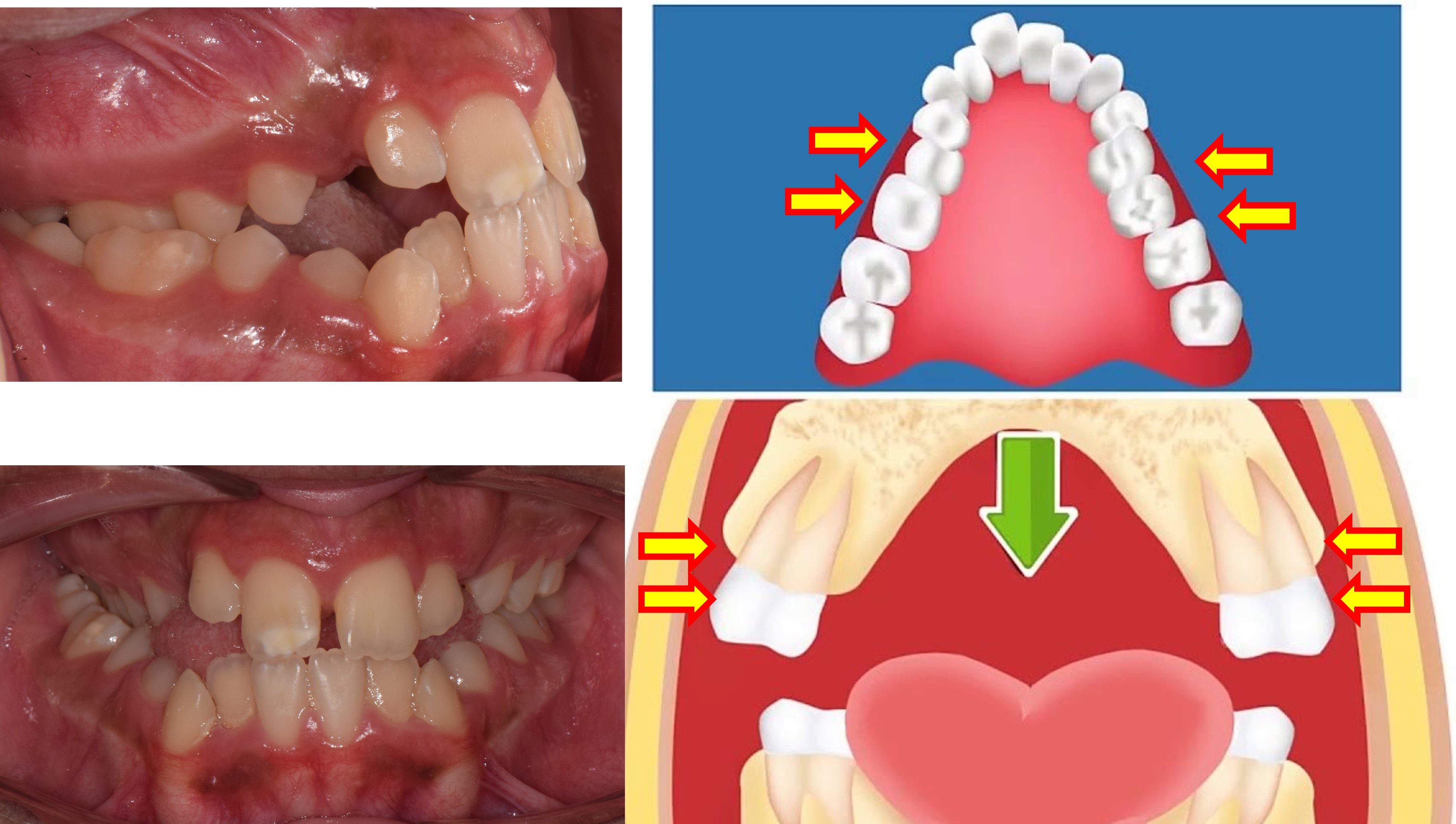 And since an ounce of prevention is worth a pound of cure. Therefore, early medical intervention when noticing the mouth breathing problem in our children is crucial, to avoid and stop the development of all the mentioned orthodontic problems.

Treatment can be divided into two parts:
1- The part of the treatment done by an otolaryngologist.
Periodic review of the pediatrician or ear, nose, and throat doctor, for examining the child's respiratory tracts is important, especially if the child suffers from allergic problems.

Medical treatment of adenoids can usually be effective. But the continuous and increasing hypertrophy for a long time, in addition to the lack of response to medication, may force the doctor to surgically remove the adenoids. Paying attention to two points:

- The re-emergence of adenoids hypertrophy is a possibility for patients who suffer from squeamishness, in this case regular follow-up with the doctor is necessary.

- The nasal airways may open naturally, while the mouth breathing problem remains in the child as a habit. In this case, the habit must be changed gradually, until the child gets used to nasal breathing.

Mouth breathing habit must be treated decisively, to ensure that it doesn't persist, despite the absence of any other dental problems or obstacles.
And there are many ways to achieve this, including:
A. intentional breathing exercises (with the child fully focused):
The breathing using both nostrils, alternately:
It is a common exercise in yoga, the child inhales deeply (for 5 seconds) through one nostril (let's say the left one), and closes the second nostril with his thumb, then switches and places his thumb to close the left nostril, and exhales using the right nostril (for 10 seconds), and repeats the process in reverse the next time.
This process requires the child’s focus, and is necessary for establishing the nasal breathing habit and activating the lungs. This exercise can be done once or twice a day, for 5 minutes or more, under parents supervision.

B. Using special means for breathing control (unconsciously while practicing the daily routine activities) and without the need for the child's focus:
• Closing the mouth using a wooden tongue depressor or a medical tape.
The goal of this exercise is to form a habit -of closing the mouth while breathing- in the child's subconscious. The (wooden tongue depressor) can be also used, so that the child puts it between his lips trying to keep it from falling while trying to breathe through the nose at the same time. 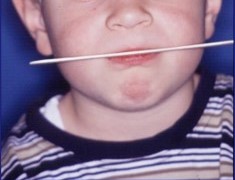 This exercise can be done while the child is watching TV, and it can be repeated on a daily basis.
The tongue depressor can also be replaced with an adhesive medical tape that we put on the child’s mouth. This method is efficient in case the first method fails (due to the child’s inability to hold the wooden piece between his lips). Some doctors suggest using this method while the child is sleeping, but i, as a doctor, do not support this idea, because we can not ensure the efficiency of the child's nasal breathing in the early stages of treatment, and he must be carefully monitored in these stages to avoid any kind of shortness of breath or suffocation. In addition to that I prefer to use the tongue depressor instead of the adhesive tape, because of its role in strengthening and exercising the lips' muscles.

C. Using special devices to help restore the lips normal function of closing the mouth. There are many types of devices used to exercise the child to close his mouth while breathing and form a habit for him, the most important of which is (the oral pillow or screen), which must be applied by the doctor, and he also determines its using method for parents

Why do we use these devices?
The main objective of most of these devices is:
• Eliminating the negative pressure the cheeks and lips may apply on the teeth.
• Restoring the natural strength of the lips muscles
• Training the mouth to be closed while breathing, and forming the nasal breathing habit, but this is only possible if the following conditions are met:
The length of the lip should be normal, and in case the lips were suffering from severe shortness, the surgeon should be consulted to find out the appropriate treatment methods for this problem.
There should not be a severe protrusion in the upper jaw or the upper front teeth, since this may prevent the ability to close the lips, and if such problems occur, orthodontic treatment must be performed in parallel with the breathing function treatment.
The nasal airways are open normally, but in case of any obstructions, this problem must be followed up and treated by an otolaryngologist.

In conclusion, parents’ monitoring of their children’s growth and vital functions (and the respiratory function mainly), is very important.
Children must periodically visit the pediatrician and follow-up with the ENT doctor in case of acute or chronic infections of the airways and allergies, in order to avoid the exacerbation of these problems and avoid natural airways obstruction.
It is also important to visit the dentist and orthodontist to monitor the development and growth of the jaws and occlusion in children, and ensure the early treatment of any orthodontic problems.

When should I start taking my child to the orthodontist?

The age of seven years is considered the appropriate age to make the first periodic visit to the orthodontist.