This device is the ideal therapeutic procedure for upper jaw narrowness, which is a result of many problems such as:
1-Mouth breathing, which is considered a breathing disorder. If the child breathes only through the mouth and not through the nose, this can lead over the years to a decrease in the natural transverse growth of the upper jaw.
2- Having a thumb-sucking habit for a long time after the age of 4 years, can lead to an imbalance in the facial muscles and this eventually leads to a narrowing in the upper jaw.
3- Congenital absence of some permanent teeth, which leads to a lack of bone growth in the places of those missed teeth.
4- In some cases, the lack of growth of the upper jaw is hereditary.

Narrowness of upper jaw may effect negatively on:
1-The smile, because upper jaw narrowness  will lead to “Black corridors” on the corner of the mouth during smiling, as we see in the following case, and we will notice a great improvement on the smile and the incredible increase of the white color of the teeth, during smiling after we did expansion of upper jaw transversely. 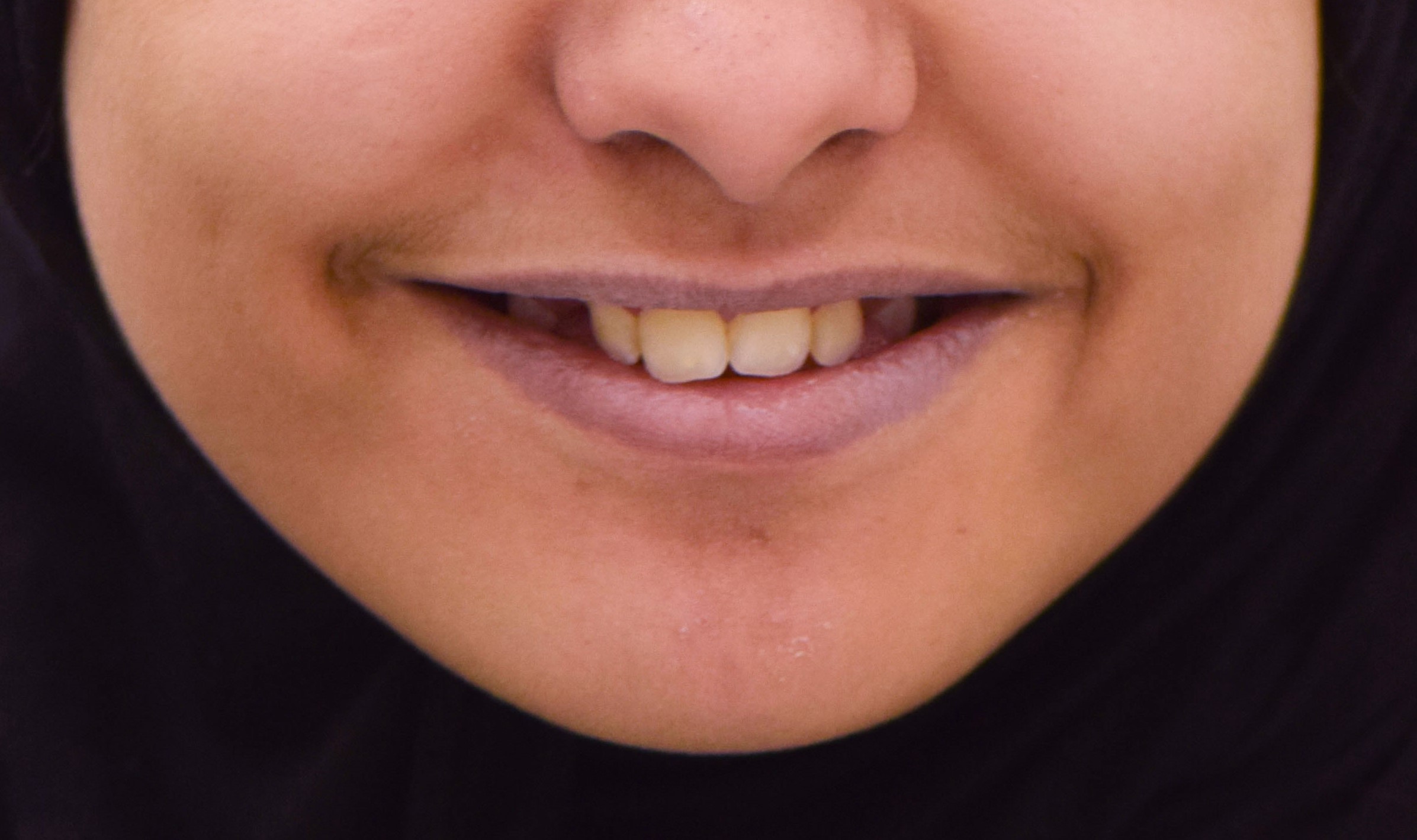 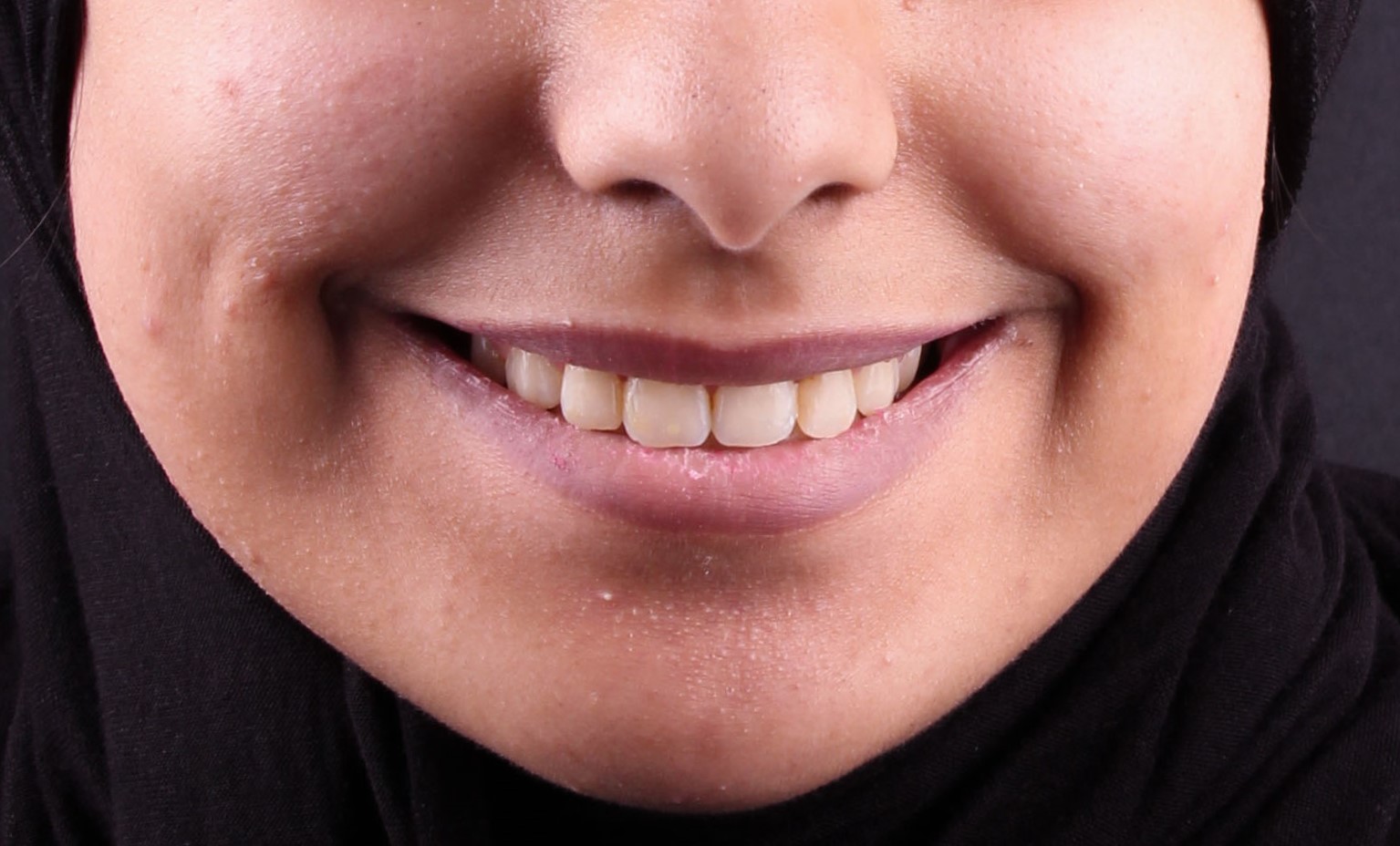 2-Teeth Eruption. Upper jaw narrowness will lead to decrease in the availability of enough spaces for eruption of permanent teeth in its normal position. Mainly we will see crowding in the teeth or we may see upper canines erupted highly and away from their positions or they will remain impacted inside the bone. 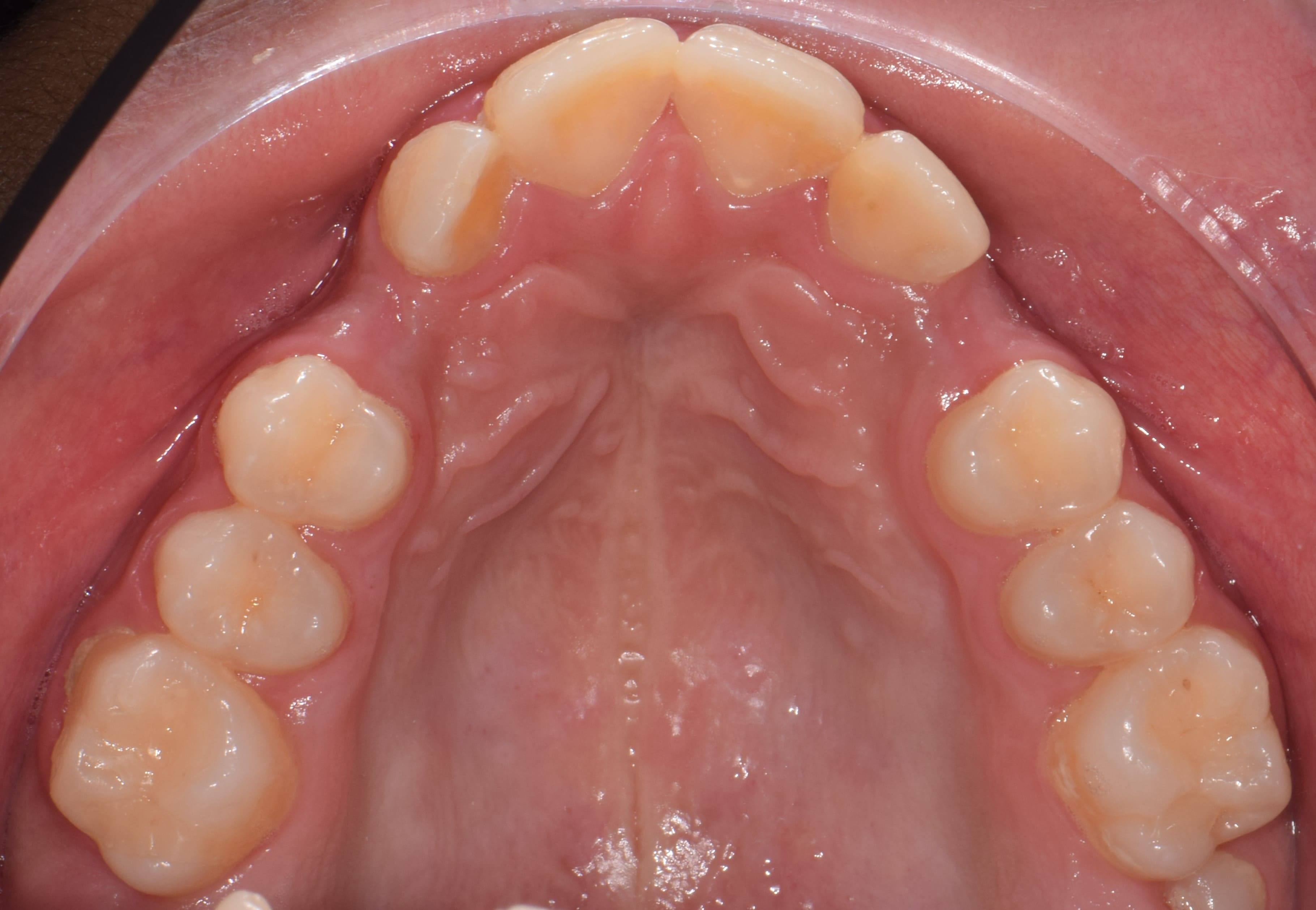 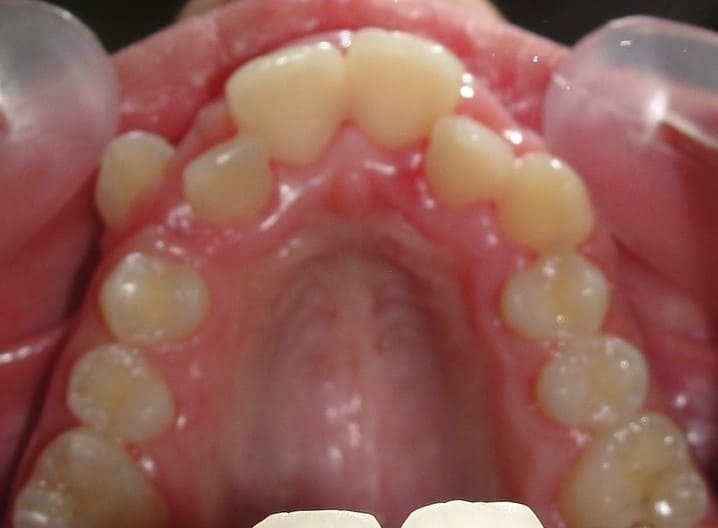 Whatever the reasons, this problem must be treated by expanding the upper jaw by
means of a special device –we call it expander- that is fixed on the teeth, and the earlier the treatment is completed, the better and more stable the results can be.
The mechanism of this device based on pushing the posterior teeth with their supporting bone laterally, which lead to correction of the bite in the posterior area of the jaw and lead to expanding upper jaw transversely and create extra space to align crowded teeth. Also, Expansion of upper jaw has a positive effect on breathing, because it lead to expand upper nasal passages 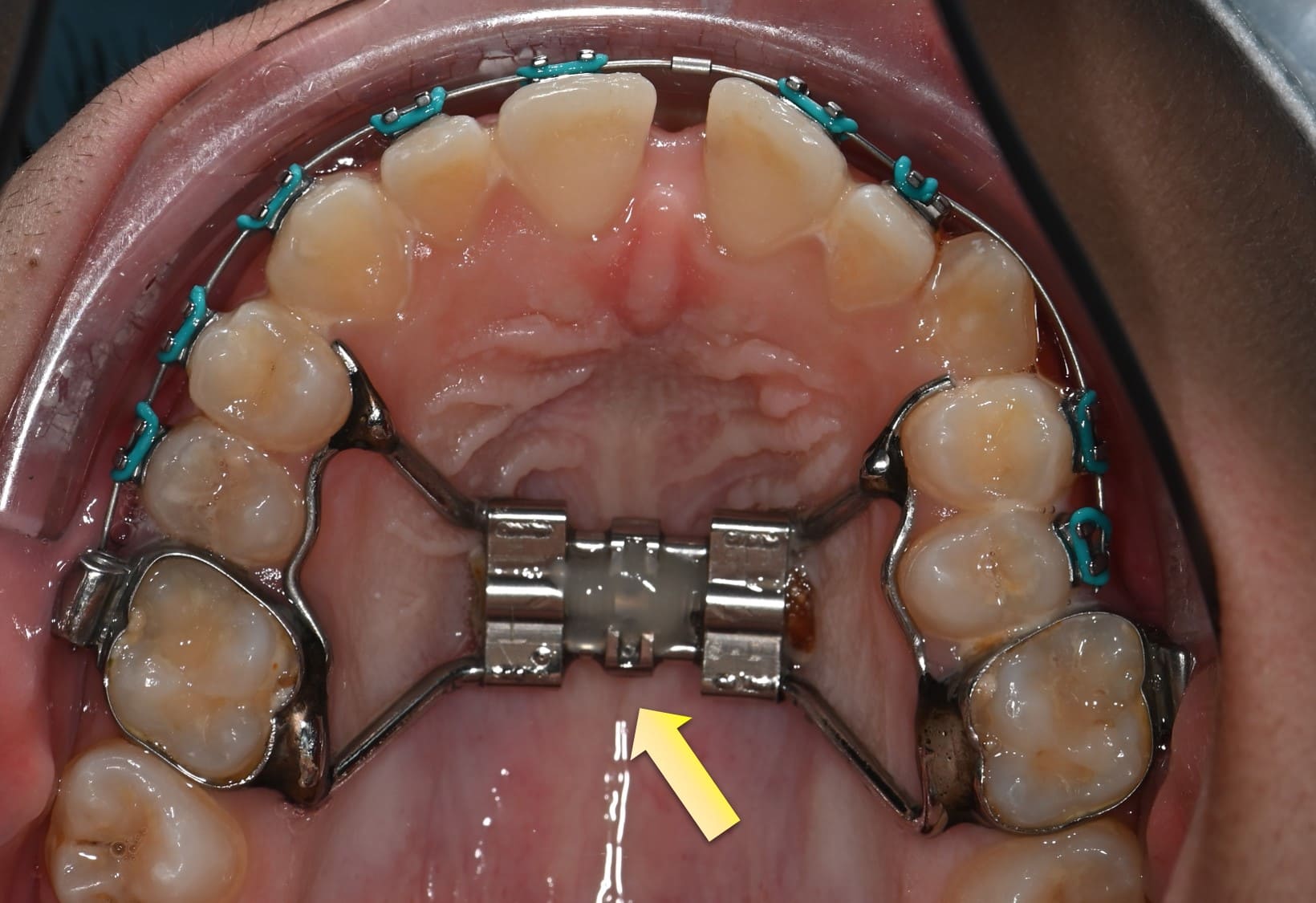 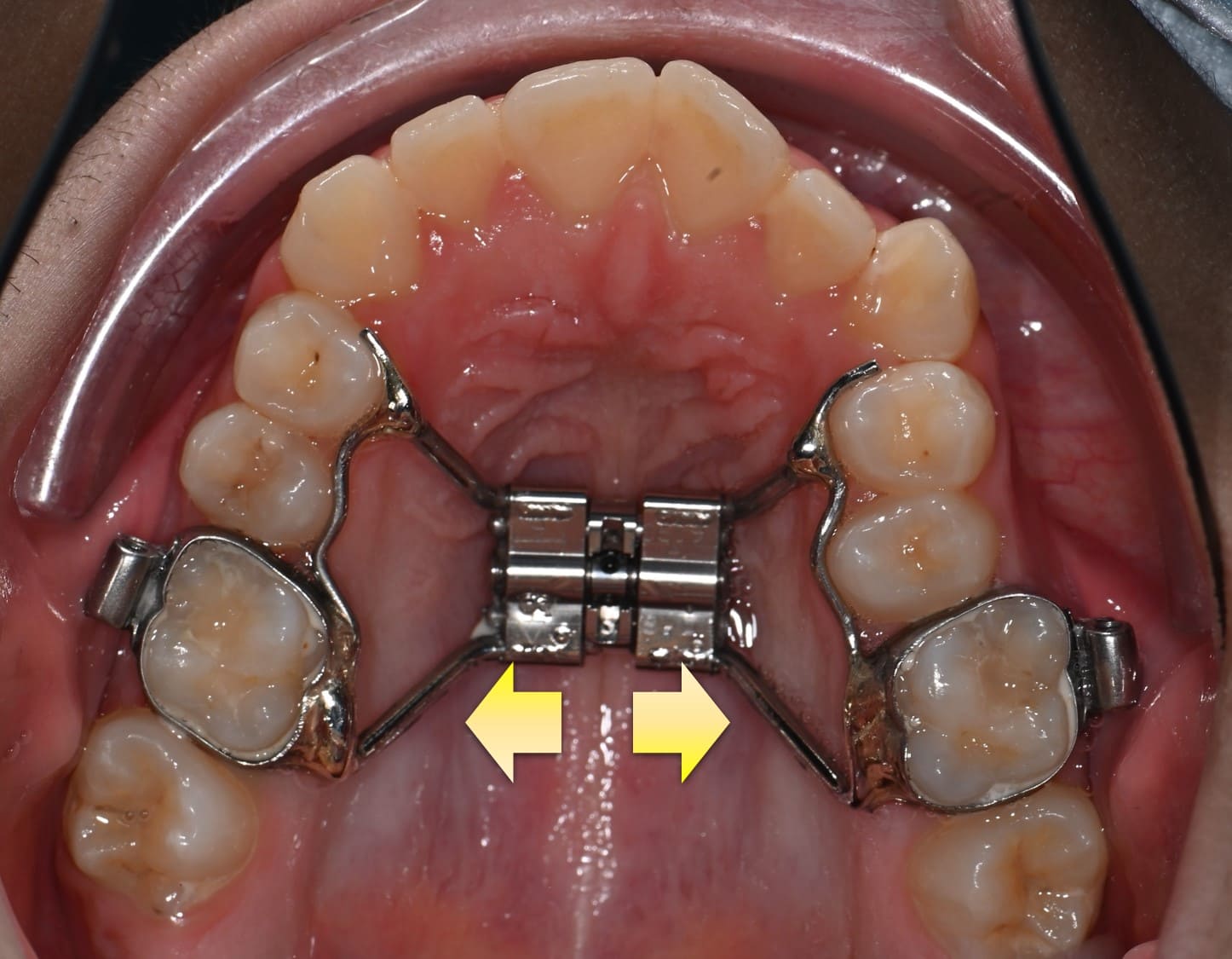 Expanding upper jaw may lead to the appearance of a gap between upper central anterior teeth. The appearance of this gap is something good and indicate to a successful upper jaw expansion, this space may remain temporarily for some time and gradually it will be closed either spontaneously or through orthodontic braces. 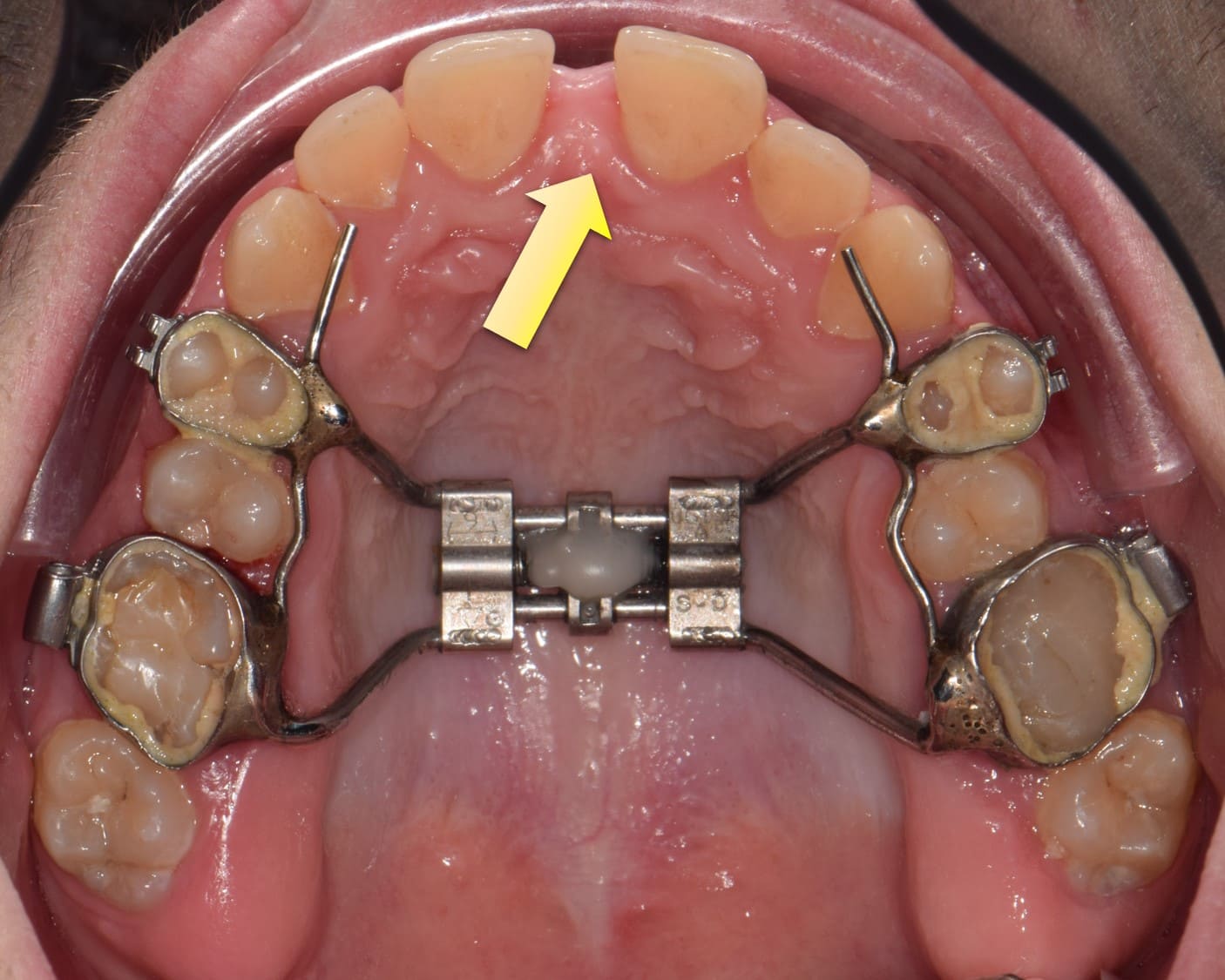 There are several designs for this appliance , most of them work in the same concept, but differ in small details 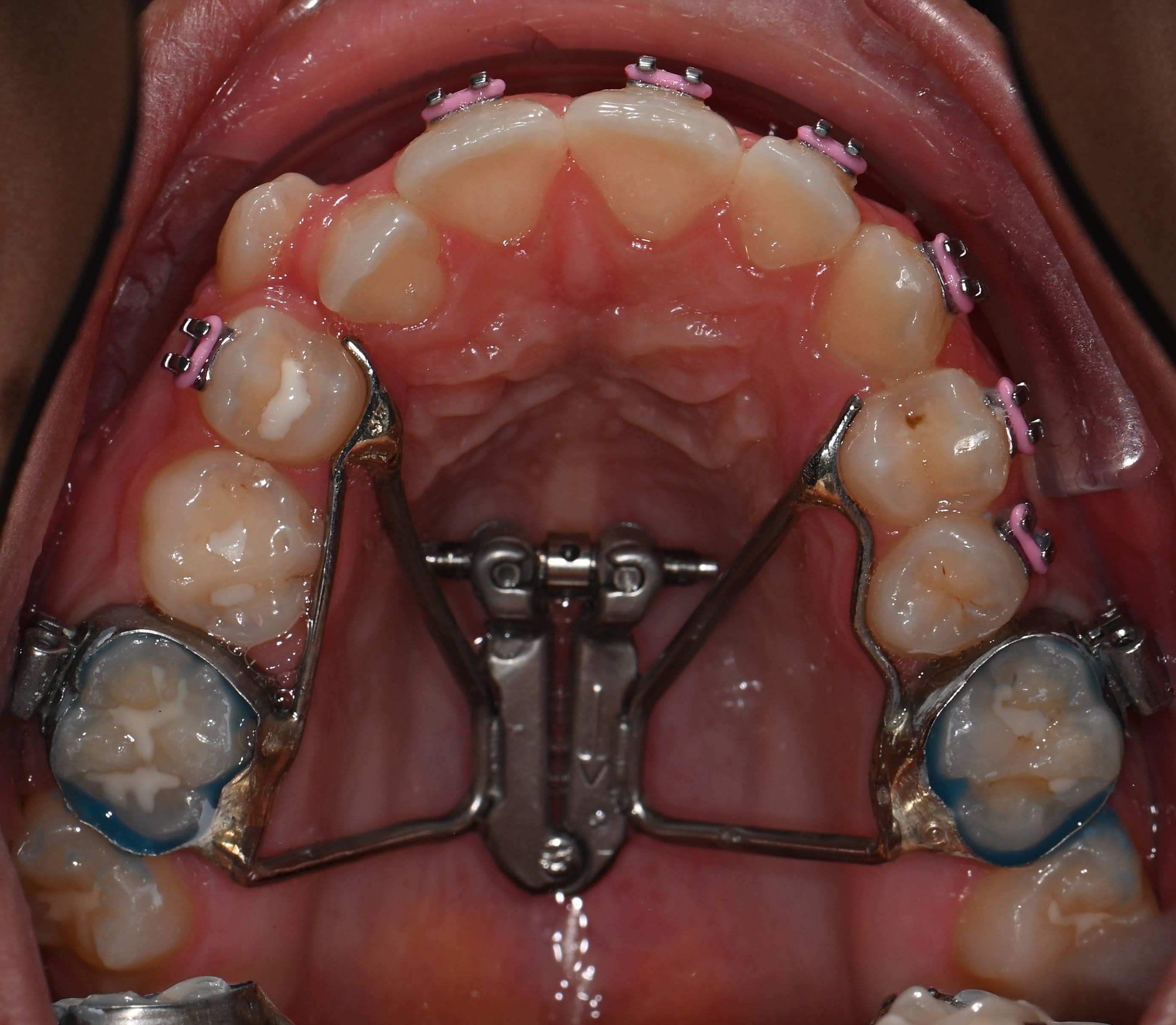 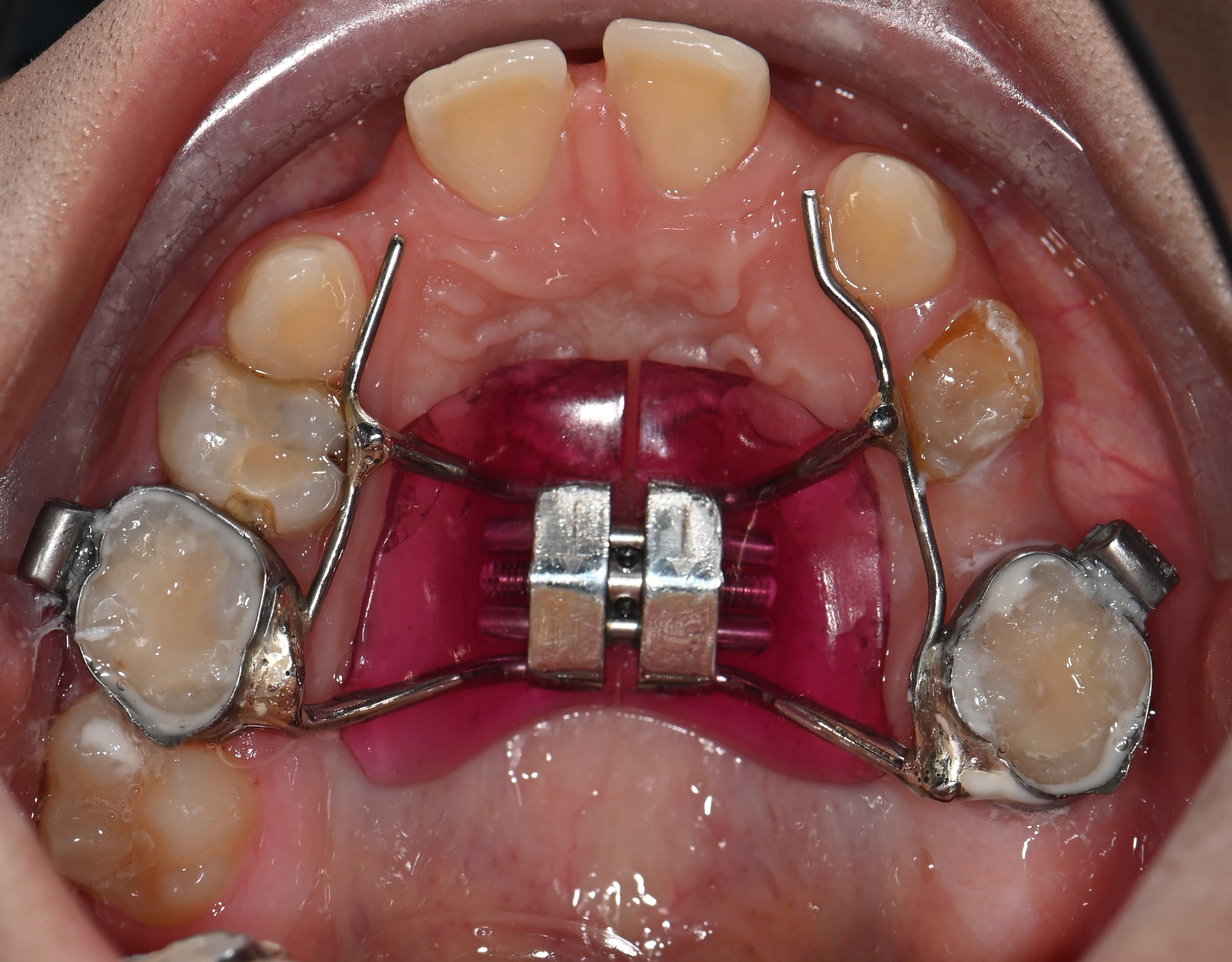 Expansion process accomplished by the parents or any other adults in the home on daily basis. Patient will feel some discomfort at the beginning during expansion , and he or she may feel a pressure around the nose and on the posterior teeth. Mild analgesics will be more than enough to eliminate any discomfort. You can watch a video on our website explain the expansion procedure.
I recommend starting this type of treatment (if there is narrowness in the upper jaw) at the age of seven years, and the treatment can be successfully completed even in older
ages up to the age of 14 years, but it should be noted that the facial bones in general
mature and skull sutures fused significantly after this age, the results of treatment and their stability begin to decrease, and surgery may be needed after the age of 18 years to make a successful expansion of the upper jaw.