Children orthodontics stands for any orthodontic treatment performed for children under the age of ten years, especially before the completion of permanent teeth eruption. These treatments can be called “preventive orthodontics” as well because we start in an early stage to treat an existing problem whose continuation -without treatment- may affect the growth of the jaws and the eruption of the rest of the permanent teeth and lead to much bigger problems.

At this stage, Removable devices can be used (the child can put it on and take it off easily), this device is useful either to expand the upper jaw slightly, move one or two teeth to their correct place, or to treat bad habits such as finger sucking, but the problem with this device is that it requires child's commitment in wearing it for enough time every day (14-18 hours a day) to get the desired result. 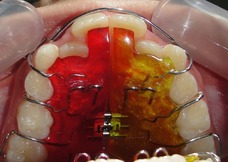 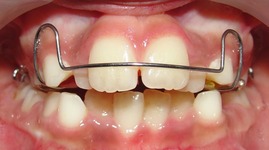 At this stage we may also use the fixed braces partially on the permanent teeth that have already erupted and only for a limited period of time (not exceeding several months). These devices are useful for Childs who do not cooperate or commit to wearing the removable device. 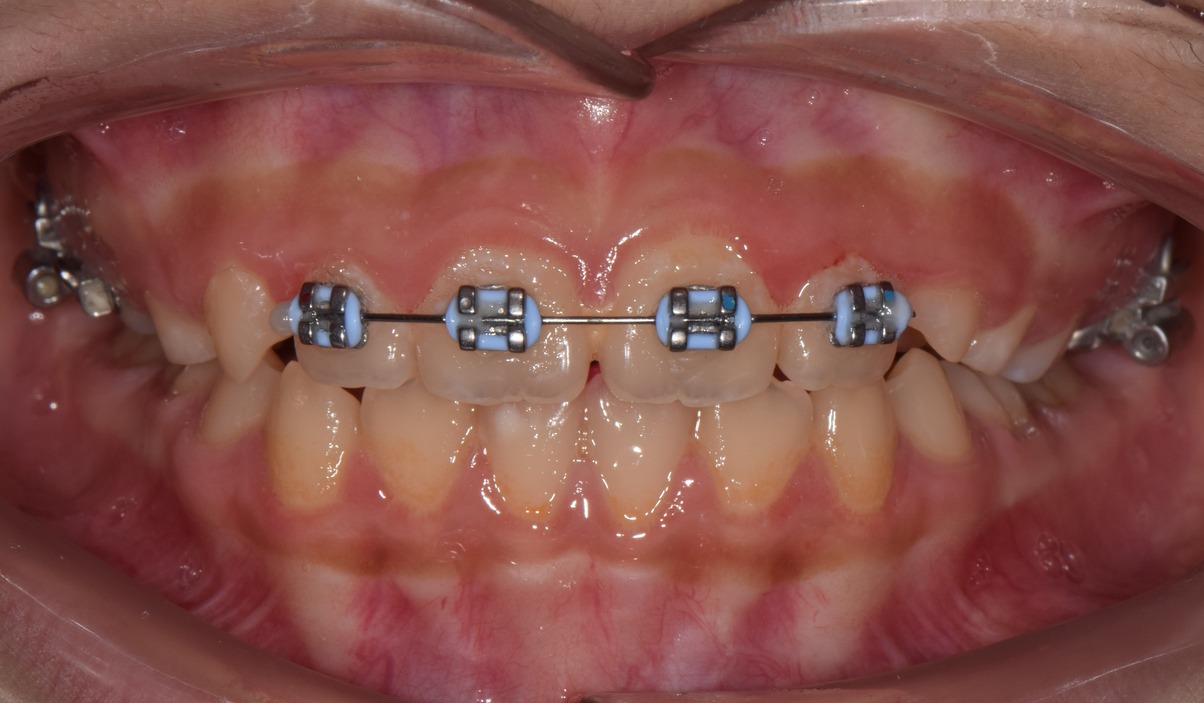 This type of orthodontic devices is useful for treating anterior cross bites.
As in this case 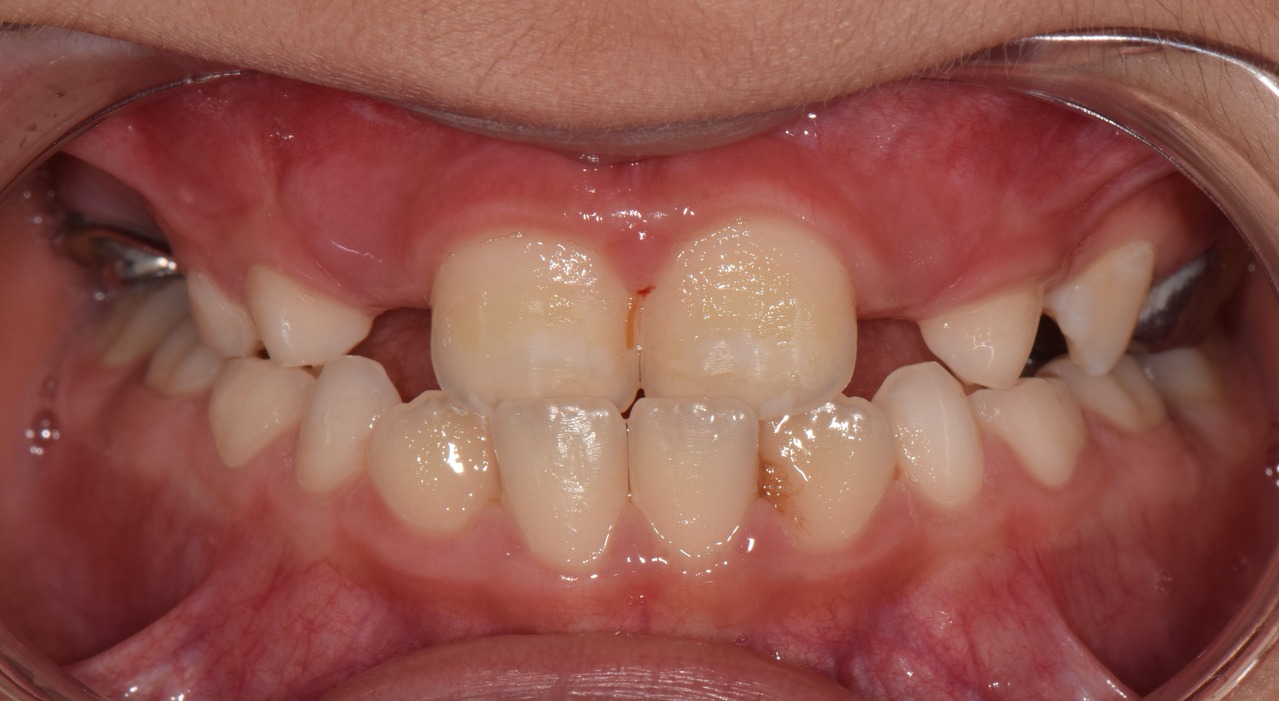 These devices are also useful when there is a large space (more than 2 mm) between the front teeth (we have to note that spaces between the front teeth in the mixed dentition stage are normal, these spaces disappear and close on their own over time, but if the distance is large, then Intervention becomes necessary to close it). 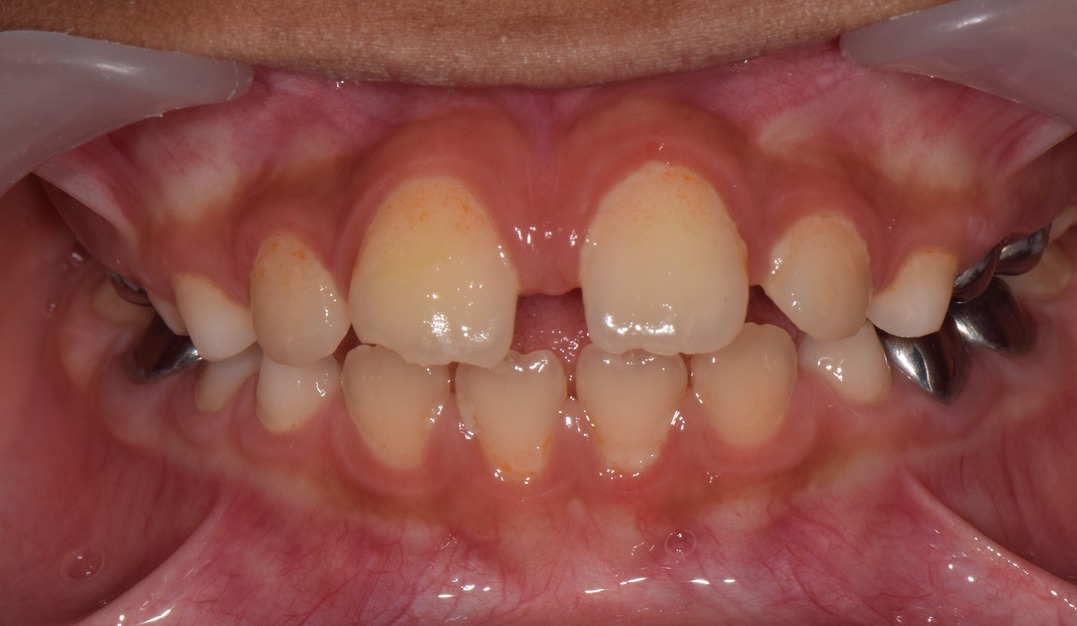